Glaucoma Takes a Bite Out of Sight! The Why and How 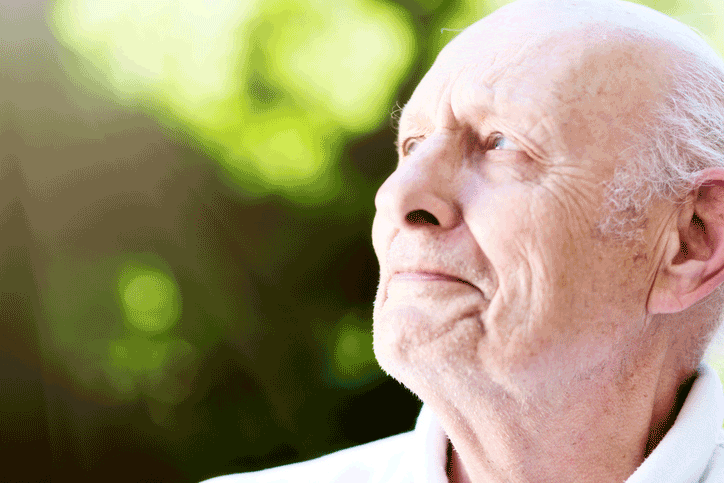 The optic nerve connects the eye to the brain, and it plays a crucial role in the sense of sight. If the optic nerve were to be damaged, partial or total blindness could result. The condition known as “glaucoma” can bring about such damage.

If glaucoma is not detected and treated, the damage will gradually get worse, eventually causing total loss of sight in the affected eye.

When a person suffers from glaucoma, there is a buildup of pressure in the eye, and it is thought this is what damages the optic nerve. The unfortunate thing is that people are most often not aware of this pressure in the early stages of the disease. The risk of developing the condition increases with age.

The most common form of glaucoma, chronic open-angle glaucoma, (COAG), rarely has noticeable symptoms in the initial stages. Patients often lose peripheral vision gradually, and they are unaware of the loss. In fact, fhe condition is often not detected until serious vision loss occurs. 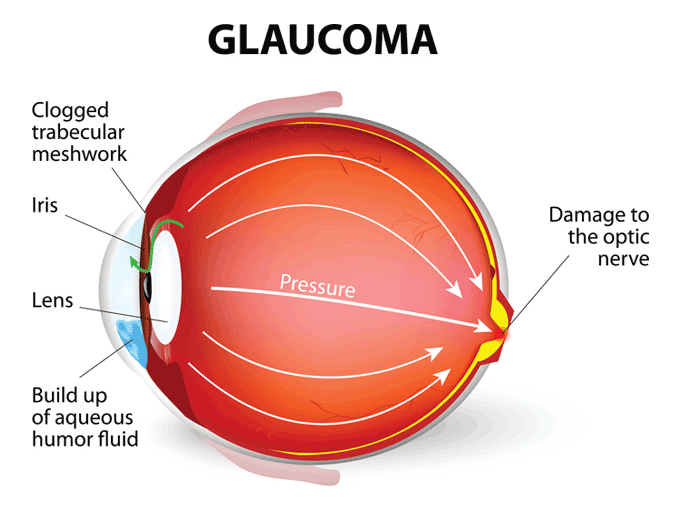 Severe pain and throbbing in the eye, often with headache on the same side, blurred vision, seeing circles of light, or having very dilated pupils can be indicative of acute glaucoma. This is a medical emergency that needs to be treated within hours to reduce the risk of damage.

There is no definitive answer as to what causes the most common form of glaucoma. It is generally believed that too much internal fluid leads to increased pressure, and that is what damages the optic nerve. However, there are incidences of glaucoma in people with no abnormal eye pressure. It is also thought that genetics and aging play an important part in developing glaucoma.

People with diabetes have a higher risk of developing the condition. Additionally, it is more common in African Americans than other races.

The most common form of the condition has to be monitored and treated on an ongoing basis. Regular visits to the doctor or eye specialist are needed to check on the effectiveness of the medication being administered. It may take a certain amount of experimentation to find the best treatment for any particular patient.

Most glaucoma medications are designed to lower the pressure in the eye. Medication can be administered in the form of eye drops (often the first option for treating the condition), or they can be ingested in pill or liquid format. Intravenous medication may be used in emergencies. Once glaucoma is diagnosed, it is normally necessary for patients to take medication for the remainder of their lives.

Medicines that reduce the production rate of fluid include:

Medicines that increase the discharge rate of fluid include:

A doctor may recommend surgery for COAG, and surgery is also commonly used to deal with acute glaucoma. Laser treatment is the most widely used form of surgery.

A trabeculoplasty uses a laser to burn away some of the tissue in the eye’s drainage system, improving fluid discharge rates. This is a relatively straightforward operation that normally does not require a hospital stay.

A trabeculectomy is a procedure whereby the surgeon creates a new drainage channel. It is a more complex procedure than a trabeculoplasty, and is normally done in a hospital.

Another surgical option is the introduction of implants into the eye to improve drainage.

Is there a connection between glaucoma and cataracts?

Glaucoma and cataracts are two totally different eye problems. Glaucoma affects the optic nerve, while cataracts affect the lens in the eye. When a person develops cataracts, the lens becomes cloudy, obstructing the passage of light, with subsequent deterioration or loss of vision.

The chances of developing either glaucoma or cataracts increase with age, and it is not uncommon for a person to develop both conditions around the same time. If the incidence of glaucoma has been brought about by factors such as inflammation, physical eye damage or the use of certain drugs, there is a higher likelihood of that person developing cataracts.

Apart from these exceptions, there is no connection between glaucoma and cataracts.

It is thought that age and genetics are the two primary factors in developing glaucoma, so there is generally nothing a person can alter in his or her lifestyle to prevent glaucoma.

The best policy is to have an annual eye test done. This is especially true for people with diabetes, or those who have family members with the condition. Many people first learn they have glaucoma after they have undergone an eye test for prescription glasses.

Important! Be sure to visit your eye care professional to test for glaucoma at least once a year.

This website uses cookies to improve your experience while you navigate through the website. Out of these, the cookies that are categorized as necessary are stored on your browser as they are essential for the working of basic functionalities of the website. We also use third-party cookies that help us analyze and understand how you use this website. These cookies will be stored in your browser only with your consent. You also have the option to opt-out of these cookies. But opting out of some of these cookies may affect your browsing experience.
Necessary Always Enabled
Necessary cookies are absolutely essential for the website to function properly. This category only includes cookies that ensures basic functionalities and security features of the website. These cookies do not store any personal information.
Non-necessary
Any cookies that may not be particularly necessary for the website to function and is used specifically to collect user personal data via analytics, ads, other embedded contents are termed as non-necessary cookies. It is mandatory to procure user consent prior to running these cookies on your website.
SAVE & ACCEPT